This sprawling heritage-style house in Point Piper, Sydney was originally completed with slate tiles. Westwood roofing had been maintaining the roof for many years and after a large hailstorm finally replaced the roof in Canadian Glendyne Roofing slates Sydney home. 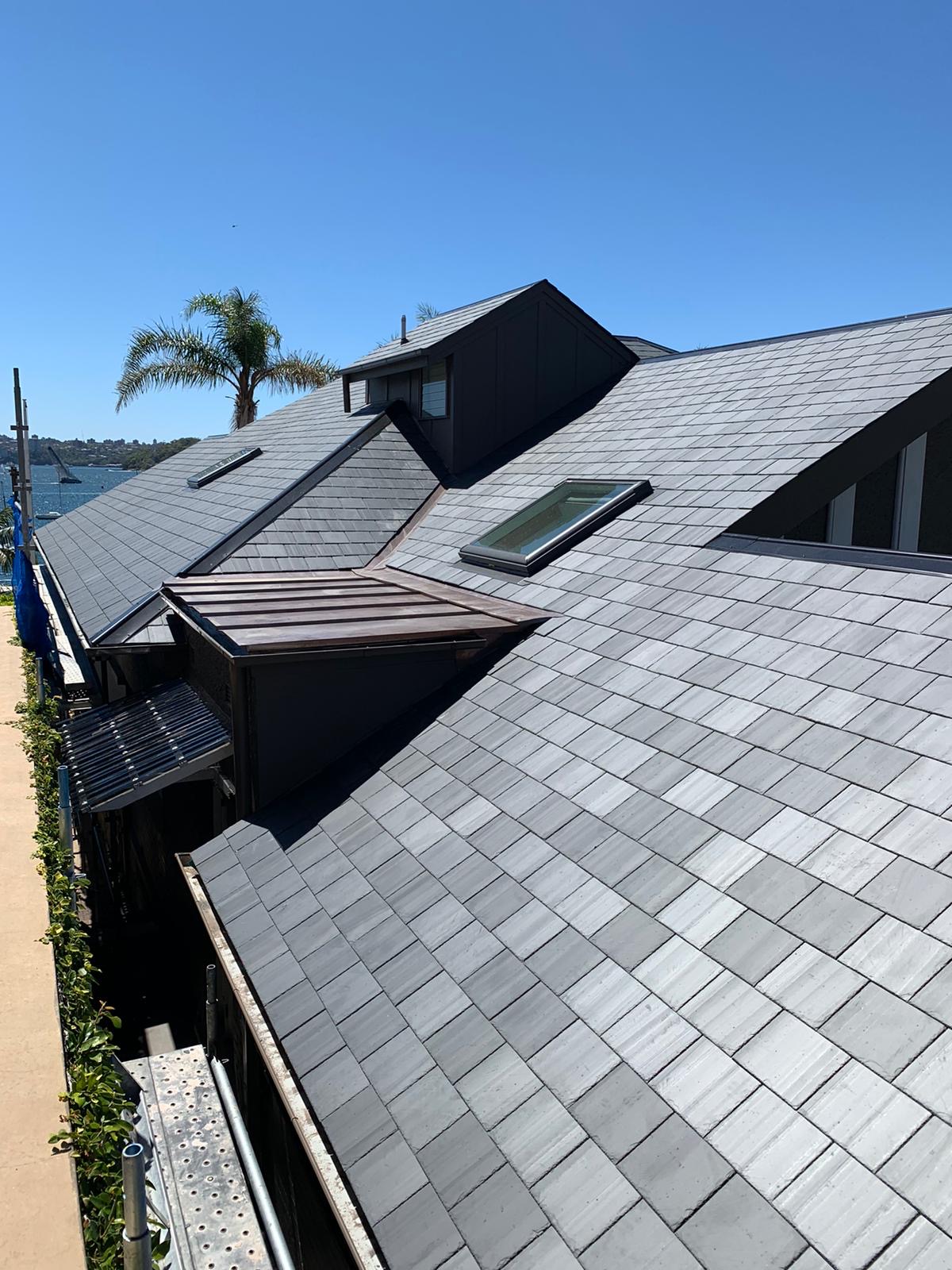 After some careful research, Westwood Roofing was contacted. Through personal consultation between the owners and experienced members of the Westwood Roofing team, it was decided that Canadian Glendyne roofing slates would best suit their traditional-style home.

The damaged roof was carefully and expertly removed and replaced Canadian slate by the Westwood team, breathing new life and longevity into this charming Sydney home.